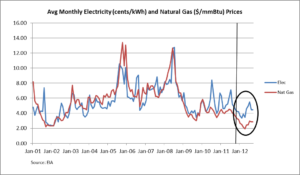 Despite the increased gap between electricity and natural gas prices, the correlation between them has increased significantly since the last posting.  This correlation is plotted below. 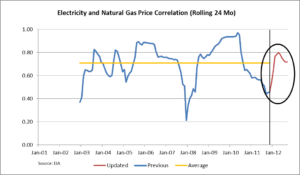 The Avalon Advantage – Visit our website at www.avalonenergy.us, call us at 888-484- 8096, or email us at whitedm02@gmail.com or jmcdonnell@avalonenergy.us.