In the earliest days of electricity, generation happened close to where the electricity was used. A small hydro facility might have been used to power a single factory, or a coal-fired generator might have electrified a small town. As demand for electricity grew and we developed the capability to move it over long distances, power plants were often built in more remote areas. This allowed us to leverage distant resources such as waterfalls, build larger plants that could not be accommodated in denser areas, and keep pollution from population centers. Generation now may be coming full circle, with increased interest in Distributed Energy Resources (DER) – that is, a source or sink of power, whether located on the electrical distribution system or behind a customer meter, that operates near the facility in which it is used.

DER can provide power to one building, a campus, or even a town. In many cases, DER are connected to the grid to ensure stable, efficient power availability. If the distributed resources are not producing all the electricity the facility needs, the facility can pull power from the grid. Likewise, if the distributed resources are producing more electricity than the facility needs, the excess, in some cases, can be sold to the grid. Some systems are able to be disconnected from the grid, or “islanded,” in the event of an emergency. This means that if the rest of the grid goes down or experiences blackouts, the facility can still operate on its own, potentially at a reduced level. In some cases, the facility is permanently islanded, and therefore is disconnected from the grid entirely. This is less common, but can be an option for facilities operating in remote locations or requiring extra security.

Depending on the energy requirements of the facility, the characteristics of the surrounding environment, and any organizational preferences, distributed generation can be composed of a variety of resources. The most basic type of resource might be a generator, providing emergency power in the event of a grid outage. From there, solutions can get increasingly complex, and may include one or multiple types of generation. 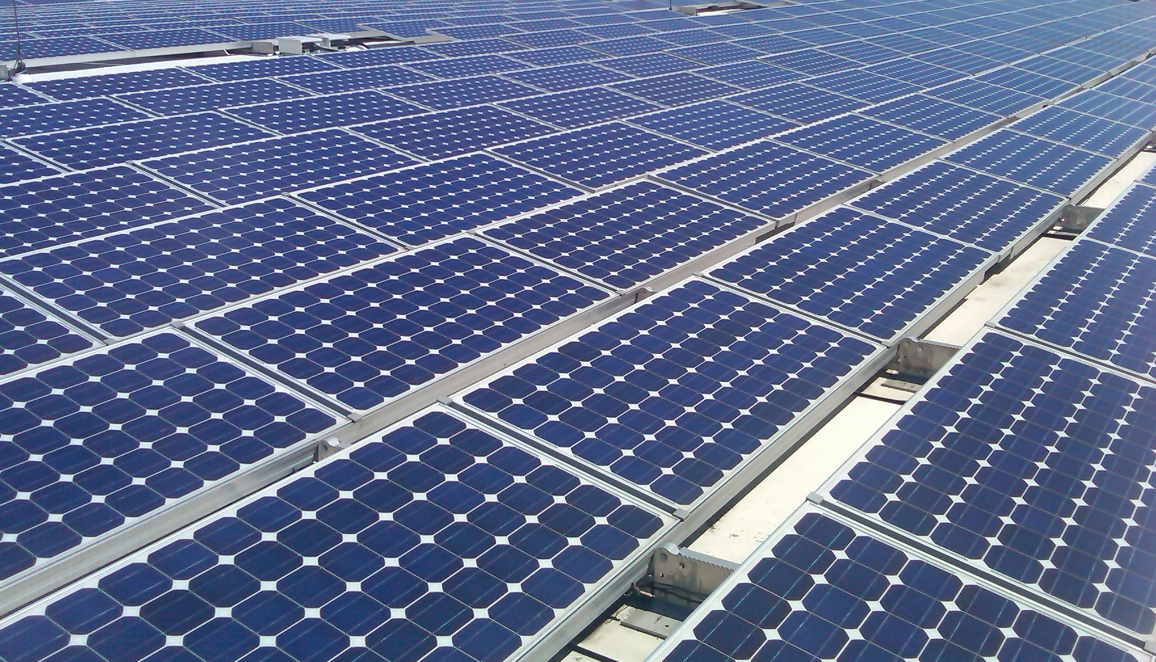 Solar, a common distributed resource, must be balanced by either grid connectivity or other resources, due to its intermittent nature. Natural gas-fueled microturbines can be used, and a combined heat and power system can enable capture of waste heat from those microturbines, for space or water heating. Combined heat and power also can be leveraged in conjunction with industrial processes that have a thermal load.

Microgrids may incorporate battery storage in order to store excess electricity for times onsite generation is not producing. The list of possible distributed generation resources goes on: wind, hydropower, geothermal district heating, geothermal heat pumps, waste biomass conversion to renewable natural gas, waste incineration, anaerobic digestion, and more. Careful consideration should be given when developing a system to ensure that the selected type(s) of generation is/are robust, reliable, and efficient.

As the costs of DER resources fall – either through reduced equipment costs or decreases in fossil fuel prices – there can be cost savings to implementing distributed generation resources. Energy costs may also become more predictable if not tied to wholesale electricity prices.

One hidden source of cost savings with distributed generation relates to the fact that, when transmitting power over long distances, some of the electricity is lost in the form of heat. These transmission and distribution line losses are less of an issue when power is generated close to where it is used (i.e., in distributed generation). Though consumers do not directly pay for this lost electricity (approximately 5 percent of generated utility electricity), it is wrapped into the total cost of energy. When generation happens behind the meter and close to a facility, the consumer does not end up paying for lost electricity. Less wasted energy also means less unnecessary pollution.

Microgrids, or distributed generation that can operate separate from the utility grid, can improve reliability and be integral to disaster planning. When a facility is no longer fully reliant on the grid for power, it is less susceptible to issues like grid outages and brownouts. If a facility is equipped to draw power from distributed resources, storage, and the grid, it benefits by having a fallback in case one power source fails. It is important to note, however, that some causes of grid outages, such as severe weather, natural disasters, or an electromagnetic pulse, can simultaneously damage distributed resources and grid resources. In addition, it is important to note that utilities may add “standby” charges in order to provide fallback power.

Incentives exist to implement some types of distributed generation, though they can vary over time. For example, there are incentives to support the installation of onsite photovoltaic (PV) solar arrays, but they are changing. The federal investment tax credit (ITC) for PV solar dropped to 26% of capital cost this year; it drops to 22% in 2021 and further to 10% in 2022 and thereafter.

Particularly taking into account incentives, the financial benefits of distributed generation can be quite compelling. Here is an example of a planned 2,000 kW onsite solar PV generation system. Electricity produced via solar PV creates solar renewable energy credits (SRECs), which can be (I) retired, (II) sold to electricity load serving entities (LSEs) that must comply with state renewable portfolio standards (RPS), or (III) sold to end users who wish to further green their supply. The sale of SRECs in this case generates income each year. In the first year, these SRECs are worth approximately $113,704. The initial investment cost is just over $3.6 million. However, after accounting for the federal investment tax credit (ITC); bonus depreciation; the SREC income; and the energy savings realized by generating power onsite, the actual first year cost of the project is just over $1.7 million – less than half the total price tag. The breakeven point – the time at which the project is expected to have paid for itself – is six years. Given that the lifespan of solar panels is approximately 25 years, this leaves plenty of time for significant cost savings.

The value of onsite generation might be measured by more than just its financials, however. We also calculated that, over the estimated 25 year lifespan of the solar panels, the facility would save on carbon emissions equivalent to: more than 45 million pound of coal not burned; nearly 14,000 tons of waste recycled rather than landfilled; more than 4.6 million gallons of gasoline not consumed; or 679,763 tree seedlings grown for 10 years. This analysis indicates not only the financial upside of the project, but also the long-term carbon savings it enables.

Below are summary financial analyses related to three under development distributed generation (onsite solar PV) projects, including the project outlined above (Project A).

When deciding whether to pursue distributed generation – whether through solar, combined heat and power, geothermal, biofuel, or others – it is crucial to work with an independent partner not only to understand the options that best fit your needs but also to identify the equipment or service providers that will most effectively implement your desired approach. Just as with competitive supply contracts for electricity and natural gas, the lowest priced option is not always the best, and it is important to understand all the fine print before making a decision. When implementing distributed generation, it is also important to ensure that you have appropriate contracts in place for supplemental electricity service or to enable the sale of excess electricity back to the grid.

We anticipate continued interest in distributed generation, not only for its potential fiscal benefits but also its potential reliability and security benefits and clean energy credentials. Please contact us if you are interested in learning more.

Please feel free to share this article. If you do, please email or post the web link.  Unauthorized copying, retransmission, or republication is prohibited.