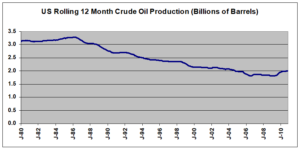 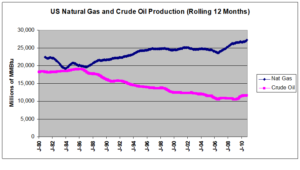 Fixed price contracts allow you to minimize your exposure to price risk by transferring this risk to a supplier.

Most variable price contracts will base changes in the contract price to changes in an index. Here in the Mid-Atlantic, the grid operator, PJM, tracks hourly prices by zone. These hourly prices are referred to as “LMP” which stands for “locational marginal price.” These LMP prices are a transparent index, meaning PJM makes them available.

Most suppliers who sell variable price contracts will price them as “LMP plus a fixed adder” and they will tell you their “adder”. LMP is passed through to you dollar-for-dollar and the “adder” is their margin on top of LMP. With the same LMP as a basis, you can then compare what “adders” different suppliers are offering. This approach is transparent.

Some suppliers who sell variable price contracts base their prices on indices that are proprietary and vague. There is no place you can go to see the index. Further, they often don’t disclose what their margin is on top of the index and they don’t commit to keeping the margin fixed. This allows them great flexibility in what they charge you each month. You are left vulnerable and there are no checks and balances.

If your are currently purchasing from a suppler under a variable price contract that does not have a transparent index and does not have a fixed “adder” we recommend that you review your contract and examine all of the suppliers monthly invoices to see if you have been getting the benefit of an “index” product.

Concerning the needs of the human race, there is no shortage of energy in the universe and there never will be.  The amount of energy that exists is incomprehensibly beyond what we could ever use.

While some forms of energy are currently easily accessible and economical, they may be less socially desirable.  Coal, for example, when combusted, emits soot, mercury and CO2.  Because of concerns over the impact of these emissions (along with other issues), coal has become less socially desirable.  Oil, natural gas, hydro and nuclear each have their own set of trade-offs, some of which are more socially undesirable than others.  We are learning some of the socially undesirable second order implications of wind energy, like bird kills, intermittency, energy sprawl and its negative impact on landscape aesthetics.

Both of our last two blog entries have generated a great deal of interest.  Jay Hancock of the Baltimore Sun picked up on our write-up on Constellation Electric’s offer to customers in Pepco’s territory.  Below is a link to his article:

You can scroll down to our original article or access it by going to:
https://avalonenergy.us/2010/11/constellation-electric-offer/

Electricity markets were deregulated in Pennsylvania over ten years ago. At that time, the Pennsylvania Public Utility Commission implemented two measures. They allowed electric utilities to recover their “stranded costs” or the cost of investments they had made that they, the utilities, argued would no longer be of value in a deregulated environment. These costs were recovered through a billing surcharge termed the Competitive Transition Charge, or CTC. The Pa PUC also required the electric utilities to freeze or “cap” their rates.

During the spring and summer of 2010, large commercial customers had the opportunity to sign up for and participate in a default service auction PECO administered. For those large commercial customers who chose not to participate, their options as of 1/1/2011 will be to receive default service from PECO at the highly volatile Day Ahead Hourly Rate or to purchase energy from an independent electric generation supplier (EGS).

PECO is in the process of acquiring electricity in the wholesale markets for its medium and small commercial customer default service. While most of this supply was contracted for during the fall of 2009 and the spring of 2010, one more auction will take place this coming September. If we were to take a snap shot today, there are two primary reasons why PECO’s combined generation and transmission default rates will, for most customers, be higher than the cost customers could acquire electricity for from an independent electric generation supplier. First, when PECO conducts an auction, suppliers must bid on an uncertain volume and an uncertain average load profile. At the time of the auctions, it is unknown how many of PECO’s customers will remain on default service after January, 2011, and what their combined load profiles will look like. In order to protect themselves, suppliers must add a risk premium to their bids as a way to protect themselves from this uncertainty.

Secondly, the wholesale markets have been generally falling since the summer of 2008. PECO’s first and second auctions for its medium and small commercial customers were conducted while wholesale markets prices were higher than where they currently stand.

Avalon Energy Services stands ready to help you. Let our experts assess your specific situation and develop an energy procurement strategy that best suits your needs.

In the commercial world, most customers view the likelihood that energy prices will go up as much greater than the likelihood that energy prices will fall further.  I think this makes sense.  Energy prices are currently low, unfortunately, because of the weak economy.  As the economy recovers, demand for electricity and natural gas will likely rise.  Commercial customers are currently locking in electricity and natural gas prices for two, three and even five years.

Constellation is offering to supply electricity to residential customers for one year at 9.65 cents per kilowatt-hour (kWh) and for two years at 9.55 cents per kWh. On their promotional offer, they note that their prices are 13% (for one year) and 14% (for two years) lower than Pepco’s current rate. Is this a good deal? Here are a few things to consider.

On its website, Pepco has posted its generation rate for the upcoming period of 10/1/10 to 5/31/11.  This rate is 9.885 cents.  Assuming the transmission rate during this eight month period remains the same as the current transmission rate, the total G&T rate (excluding taxes) will be 10.23 cents per kWh.  Based on this alone, Constellation’s offer of 9.65 cents per kWh seems attractive.  However, Constellation’s rate is only 5.7% lower than the forward Pepco rate that runs through 5/31/11. Beyond 5/31/11, any discount or premium to Pepco’s rate cannot be determined as Pepco’s rates have not been defined and won’t be defined until sometime in the future.

Read the “Renewal” paragraph in Constellation’s Terms and Conditions section.  It says, “This Contract shall be automatically renewed with the revised terms and conditions (including any updated pricing) unless you cancel the renewal by notifying Constellation Electric in writing within 15 days after receiving notice of the new prices and/or terms and conditions.”  This is a very short window.

In the “Term” paragraph, it says that the contract will automatically renew for an additional 12-month renewal term unless terminated. So, if you miss the window, or you don’t terminate the contract and pay a $150 penalty, you will be with Constellation for another 12 months at a rate they will define in the future.

If you are interested in locking in a fixed rate, there are other suppliers making offers. In addition to comparing their prices, be sure you read and understand their terms and conditions. You can find alternative suppliers on the Public Service Commission’s website.

Welcome to Avalon’s energy blog. Get the latest news and information in the energy sector from an expert in the industry. Our blog will discuss ways to save, new technologies and the latest in legislation for both commercial and residential.